ITA M: Lanza out until Serie A1 playoffs, Trentino think of Kaziyski?!

Diatec Trentino published that their captain Filippo Lanza will miss the trip to Belgium for the first leg of the CEV Champions League Playoffs 12 against Volley Asse-Lennik (February 17). 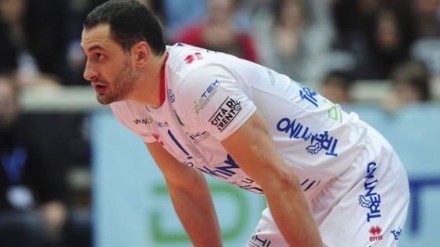 Due to injury of the left knee, Lanza will not only be spared for this match, but for all Trentino’s matches until playoffs in Italy. Meanwhile, Oleg Antonov will replace him in the squad, while Mitar Đurić will become team’s captain.

Gian Luca Pasini from gazzetta.it revealed possibility of a return of Matey Kaziyski in Trentino if Lanza does not fully recover.

The Bulgarian receiver/outside hitter is currently engaged with JTEKT Stings in the Japanese Top 6, but since they started this stage off on the wrong foot (2 defeats out of 2 games) there is possibility that he won’t be playing in the playoffs (his team needs to secure at least third place in Top 6).

Since Top 6 in Japan will end on February 28 and Italian playoff will start on March 10, there would be a slight possibility that Trentino might hire their former player.

TUR W: What happens when you leave Sheilla out of roster? She explodes upon return! (VIDEO)