CL M: Will Modena’s fans ever forgive this to Bernardi and Travica?

When you cheer for one team, it is always difficult to be eliminated by former members of that team. Especially, when they defend colors of a foreign club! That is how DHL Modena’s fans were feeling after Bernardi and Travica had important role in elimination of their club in the CEV Champions League Playoffs 12. 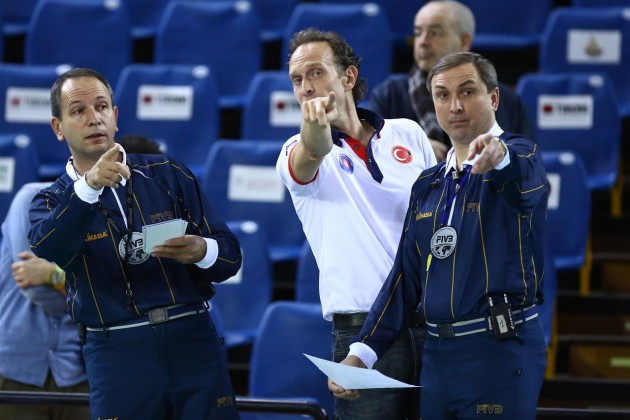 Halkbank Ankara’s coach Lorenzo Bernardi and setter Dragan Travica jointly helped Turkish team to qualify for the Playoffs 6 in front of the fans that used to cheer for them. And they did not hide to be extremely happy about it. Of course they were happy, they are professionals after all.

But, one fact will come even harder to Modena’s fans. Bernardi was wearing the jersey of this club for five years (1985-1990) and took four championship titles in Italy, three national Cups, one European title and one CEV Cup. He is simply the legend of Modena!

So, will they forgive both of them?

ITA W: Imoco give their fans another...