RIO 2016 M: A match until the last breath – Unstoppable Zaytsev pushes Italy to the final! 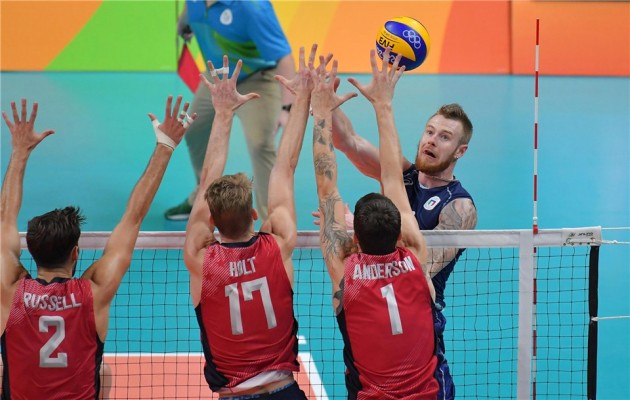 Italy and USA played an epic tiebreaker in the „Maracanãzinho“, a match until the last breath, which gave more joy to the European side. Thus, Italy will play their third Olympic final.

The first two sets were leveled, but the third was a true and rarely seen domination of one side at the Olympics. The USA simply destroyed their rivals and, on the wings of that accomplishment, they played the fourth set. But at 18-21, Italy made a 7-1 run which was finsihed with three aces in a row by Zaytsev.

It was a point by point play in the tiebreak until 6-6 when Italy scored three straight points, and again a good service was a key factor for them. This time, Buti and Juantorena were executioners. USA could not return to the match, sending several kills out of bounds afterwards.

Ivan Zaytsev with 21 and Filippo Lanza with 16 points were the best scorers in Italy. Matt Anderson had 25 while Max Holt added 16 points for the United States.

RIO 2016 M: What a defense by Italy NT! Lanza digs while lying on the floor (VIDEO)

ITA A1: Cuneo in Monza Wednesday