The Board of Verona is in front of a very important decision. Who will lead the team in the rest of the season? 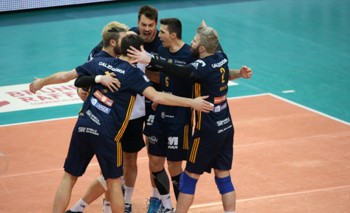 “We have accepted the resignation of Andrea Giani. His not the only one to blame for the current situation of course, but some change had to be done. From Monday we will have a new head coach. He will be the coach of the highest level, who is well-known in the volleyball world and who has already won trophies in his career.”

But, who will that be?

The rumors suggest that Nikola Grbić is the pick No. 1 of the team management. According to some sources the talks with Grbić started some time ago, but the two sides have not reached any deal until this day.

Also, gazzetta.it writes that the second choice for Verona is Slobodan Kovač. He has recently parted ways with Perugia, but he might return to Serie A1 much quicker than anyone expected.

Anyway, we should wait for Monday and see who will be the new head coach of Verona.

CL W: Captain of Liu Jo “We never gave up and that was the key”

POL M: A long pause is in front of Bociek

FLASHBACK: This guy explains what “save” really...

SUPERCOPPA LIVE from Modena: Stankovic – “Me...