ITA M: Coach Blengini between Cuneo and Piacenza: “working on our game”

After a superb start to the season with consecutive wins over Trentino and Modena Vibo lost against Cuneo. Coach Blengini said that they need to work on they game before match against Piacenza. Read latest volleyball news on Worldofvolley.com. 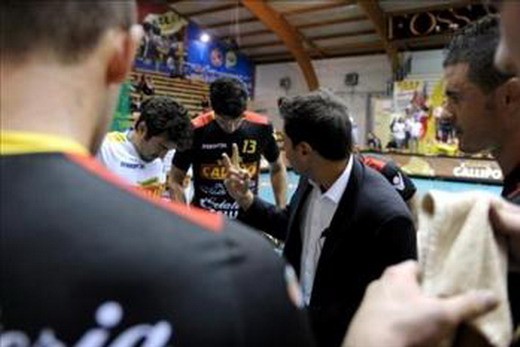 Blengini’s boys fought hard to try to come back from a 2-0 deficit and were close to get something out of the game.

“Compliments from the opponents, fans or journalists can be nice to hear but they don’t help you to get up the table – said coach Blengini as the team’s performance was described as positive despite the defeat – We have to make the most of the good things we have seen, though. We have had a good game, we waited for Cuneo to give us a chance to sneak in and we fought till the end. The coming game against Piacenza will be very similar to the one against Cuneo and the first trip to Trento, three away games against three teams given as league favourites. I feel like Piacenza has been even more ambitious than Cuneo this summer”.

Italy: Serie A1 Sustenium; Round 19