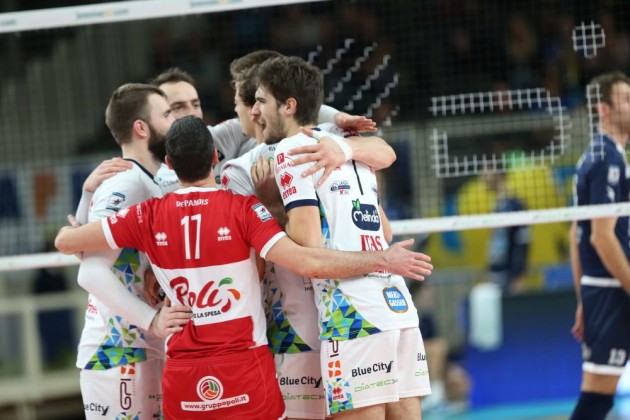 Trentino were on the verge to suffer the fourth defeat in a row in Serie A1, but Taiwan Excellence Latina did not have enough strength and courage to finish the rivals off in Round 8 encounter after having a 2-0 lead in sets.

Thanks to Luca Vettori, who scored 20 points, and Canadian Nicholas Hoag, who contributed with 17 points, Trentino made a comeback to win a game in the national championship after nearly a month. The Serbian Uroš Kovačević returned to Trentino’s lineup after being sidelined in a derby against Sir Safety Conad Perugia, a week ago. The Brazilian Éder Carbonera had a magnificent blocking display on the winning side – 8 kill blocks, while Trentino made 19 kill blocks in total!

As for Latina, the Serbian opposite Saša Starović scored 22 points (4 kill blocks).

BRA W: What a rally! Brasília and Barueri remind us why is volleyball such a beautiful sport (VIDEO)