Modena on incident in which Ngapeth was involved: “We disapprove any attitude not suited to values we declare”

The Italian media have transferred the official press release of the Men's Volleyball Serie A1 club Azimut Modena in regard to the recent incident in which their player Earvin Ngapeth was involved. 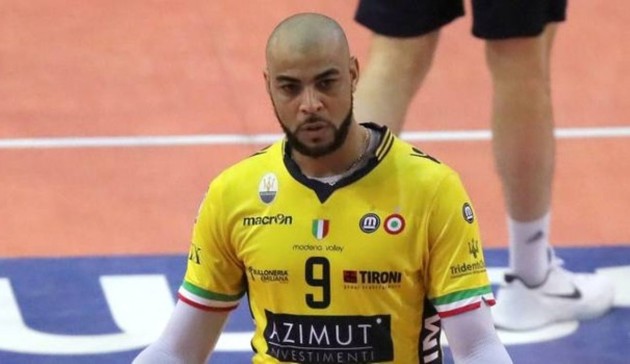 “Modena Volley recognize their responsibility for the events that occurred. Without entering into dynamics of the story, the club publicly disapproves any attitude not suited to the values that it declares and will, without hesitation, apply its own code of ethics,” Modena published regarding Ngapeth’s trouble in which he fell, a week ago.

Despite the fact that Modena built a tall wall of silence that surrounded the incident, “Gazzetta di Modena” managed to get statements from the club coach Radostin Stoytchev and captain Bruno Rezende ‘Bruninho’.

“Whatever had to be said on this the club has already said through an official press release. The only thing I want to underline is that this is not the Ngapeth case, but the case that concerns our club in total. Modena Volley have taken their responsibility and the measures that will be taken will be based on the code of ethics that we have within us,” the Bulgarian expert stated.

“Right now, there’s nothing to be added because we’re talking about a person’s private life. We must think exclusively about what we have to do on the floor. What bothers us the most is the fact that we lost an important game (vs. Diatec Trentino) on Sunday,” the Brazilian setter said.