Words of the captains before the start of the 40th Italian Serie A1 Women's Cup. 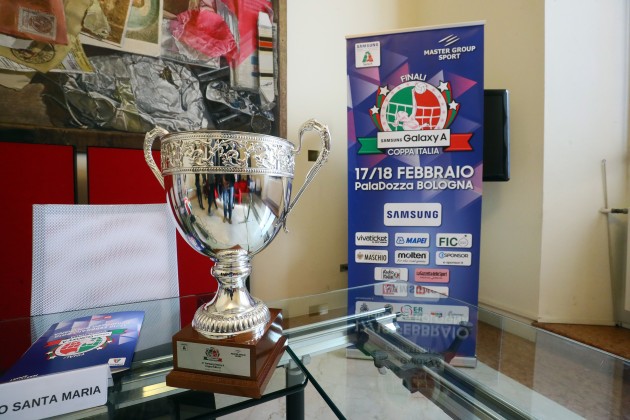 Joanna Wolosz from Imoco Volley: “The Final Four is always an unpredictable event in which it is difficult to make predictions, there is always the possibility that the teams ‘underdog’ can make the surprise, so I do not see a favorite among the participants. We are mentally and physically ready, we have played a lot of games winning almost all of them and we have a very good team feeling that allows us to solve even difficult situations. Now we have reached one of the most important moments of the season, playing the Finals is our goal and we know how much the Italian Cup counts for our fans and for the Club. We will face one race at a time, we are thinking only about the semi-final with Bust Arsizio that we know very good about their strengths. We must stop their main weapons, Diouf, Bartsch, and Stufi, but above all, we must think about ourselves and impose our game. My teammates have played many games against them and know how to win them. I know that in Bologna we will have so many our fans and we will do our best to make a great Final Four”.

Federica Stufi from UYBA: ” For us, the Coppa Italia Final Four is a key event of the season. It was our goal to get there, but this is not a point of arrival: in Bologna, we will go to try to get on the top step of the podium, it would be stupid not to believe it. We want to give satisfaction to our fans who will follow us and to the company that has missed this appointment since 2015. We know that the semi-final with Conegliano will be very complicated, but in the championship, we have proved to be competitive even with the very first class. We will have to be lucid and cynical in the decisive moments and exploit the possibilities that the opponent will grant us“.

Francesca Piccinini from Igor Novara: “We are ready for the appointment, we know that in two days we have the opportunity to conclude a path and win a prestigious trophy and, for this, we are focused and determined. We will already face an important, difficult opponent in the semifinals, which in this season has been able to put us in difficulty. What will come next we will think about Saturday night, so when you play a Final Four there are no more or less complicated commitments but only two games to play better and win“.

Serena Ortolani from Team Monza: “We are very satisfied for having achieved this qualification. Let’s go to Bologna with the intent to play everything: free of head and without pressure. However, there must be awareness, at the same time, of having all the cards to do well. The goal, in addition to expressing our best volleyball, is to amaze. Then it will go as it will go. The fact that we beat Novara in the league can give us confidence. They are races inside out and we expect a different Igor Gorgonzola and very fierce. We will have to be ready to reset when they will do well and push in moments when the pace will drop“.

RUS W: Kazan and Moscow started the play-off with wins