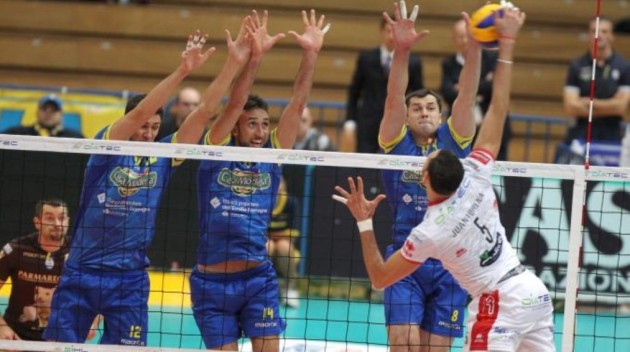 Two games in one. The first set for Modena, where they played great volleyball, then the second game, the one that opens with 25-9 in the second set which establishes the shifting gears for Trento with its three hammers Kaziyski, Juantorena and Stokr who proved to be of another class.

Trentino is at 16 consecutive victories, just one point behind the leaders Lube.

Itas Diatec opened the cycle of home games (next two games in PalaTrento with Piacenza and Tours) with a victory. It will be good motivation for the next challenges in Serie A1 and the Champions League.

Kaziyski was great. Bulgarian scored scored five aces. Other numbers: +36 points won, and their attack made only two errors, one in the first set and one in the fourth … Exceptional.