Following an eventful opening 100 days of existence for the ACPV, General Manager Ivan Miljković shares some insight on the story so far, why the ACPV was formed, and its ideas for the future. 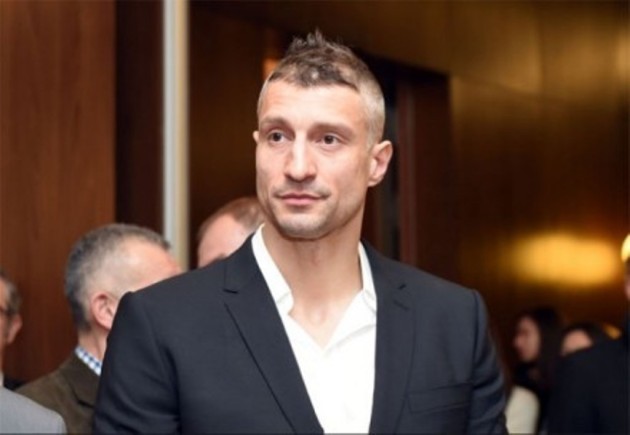 Why does volleyball need ACPV?

Apart from the national federations, which are mostly nonprofit organizations, in many countries (not all, for example, the USA doesn’t form part of them), there are two types of volleyball clubs (amateur/semi-professional and professional) playing in national championships organized by the leagues or by the same national federation. These clubs are organized according to the rules of the sport but there are also those which create a business model of organization and try to create a potential turnover. This is normal in other sports, such as football or basketball, but we could take this system additionally into our sport to benefit the whole volleyball family and act within its common interests. Whoever opposes this clearly does not recognize or accept current models of organization of modern sport, that has been successfully applied in many other team sports and yielded positive results,” says Ivan Miljkovic for ACPV.

What is the current situation in Volleyball and how can it be improved?

“Well, looking at the latest events in Italy, namely the Italian Women and Men’s Cup finals, in both events the stadiums were sold out well in advance of the game. On the other hand, in the same championships, regular games between teams from lower in the table were played at venues that were noticeably empty, unfortunately right in front of the TV cameras! With these and many other examples, we have the evidence that spectators tend to prefer attending top events with the best players possible on the show, for better quality entertainment. What the ACPV propose about how it could be possible to solve this problem in several top divisions across Europe and make the best event possible, with fans showing their interest and hopefully motivating new supporters to start watching Volleyball, is to streamline the top divisions and reduce the number of teams in them. This doesn’t exclude teams who don’t have the best players and don’t achieve the best results, but more to isolate the best sides and allow others to enter the top league not only on merit but also when they meet other demands such as minimum average attendances at games, stable finances, marketing and media potential, etc. This is the clear distinction of the top volleyball product as a leading brand, organised, managed and controlled exclusively by a business model with a clear redistribution model which allows those other clubs to get on a level playing field with their counterparts and for the grassroots levels to develop good players for the domestic clubs and national teams. A level playing field between all participants at top club level should also put a good light on club volleyball and volleyball in general, making it much more interesting for future fans, for sponsors and also for investors. In parallel with this, there should be a chance for clubs to compete in certain competitions where they might gain international experience and be allowed to play international games allowing for another aspect of volleyball; the further development of those clubs and their players.”

Where did these ideas first originate?

“I read an interesting interview with the recent newly appointed General Secretary of FIBA Europe, where he did not hesitate to talk about FIBA Europe, the Euroleague, the clubs and leagues and a compromise for the good of basketball. The relation they have been trying to establish would only bring good “to the basketball family” as they call it (which sounds familiar to volleyball).  In the case of Volleyball, if we should strive to be a sporting family, according to a vision mapped out by the FIVB, then we should first ensure that all members of the volleyball family (stakeholders) are officially recognized and included in the dialogue regarding matters that concern them (players, club leagues, federations, doctors, referees, fans, media, sponsors and investors). Of course, the inclusion of each of the stakeholders in discussions on all of these issues would be impossible, but with good governance recommended by the IOC and the EU, the representatives chosen within each stakeholder’s group can be included in dialogue and help find a solution that is acceptable for most of them. With the latest technology, a simple APP should connect each group of stakeholders and allow them to choose their representatives. This is not only simple but comes at a very low cost and is transparent. And also, a list of the issues for discussion could be created and put in order of priority. Regarding the business investors, a part that for now they are almost absent in volleyball (banks, private funds, individual investors) certain rules should be made so that they could also first take into account volleyball among other potential things as a product of value and worthy of investment. As we all know, they all ask for certain rules to be respected in order to start even thinking about this. As far as we speak about the family, different opinions should be heard (supported by clear arguments) since only diversity and freedom of expression can bring about the improvements we need.”

So, can volleyball progress in itself by learning from the example of other sports?

“If we do not look at ourselves from the position of an outsider, and we do not compare ourselves with other sports, we will remain in an isolated system. In some cases, it is good to focus on your internal issues and how to make them better, but isolated systems, sooner or later, are sure to fail. I don’t think in volleyball’s case that this will happen, but the existing gap from other sports and organizations will become greater. Simply looking at the figures should not be deemed enough to gather the most representative picture of the current conditions (bad practice today is that for a small amount of money one can form a followers’ base on social channels or increase engagement online) or number of fans in the venues, but other things like fan engagement, ticket sales, OTT platform users that are willing to pay, number of T-shirts sold etc.  These should all be taken into consideration.”

CL M: Provenzano could not stop them,...