Crvena Zvezda and Partizan Termoelektro after 23 years will compete for the national title. The final series of the play-offs will start tomorrow, April 11th at the sports center „Sumice” starting at 20,30. The final series is on three wins out of five matches and Crvena Zvezda will host the first two games. Read latest volleyball news on Worldofvolley.com. 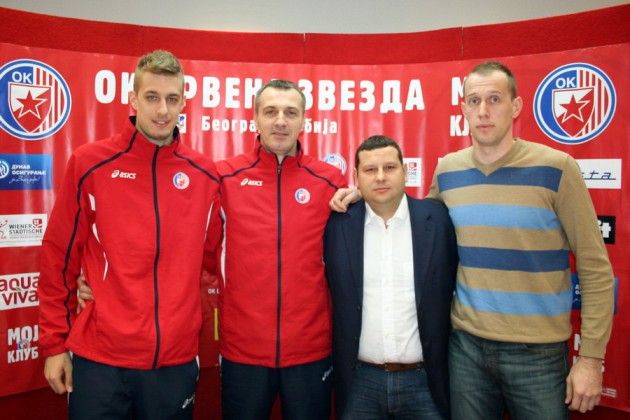 Mihajlo Mitic, captain of Crvena Zvezda: “What we have played so far will fall into the water if we don’t play well. We must forget the place on the table because this is a totally new story. We want to go out as winners but the series is obtained in three matches and the team who had more patience and a cooler head, will win. Nobody will give us a title, we have to win and deserve it.”

Dusko Nikolic, head coach of Crvena Zvezda: “Everybody pronounced us as a favorite before the championship start. We never ran away from that but we all know that it is difficult to defend the title. The season is long, we have justified the favorites in the League, justified by the cup, for now we are in the playoffs in a good position to defend the title and I hope it will be so. Play-offs started March 10th, exactly a month ago, and the final series will start April 11th. It’s hard to keep top shape all the time, but because of objective reasons this play stoped.”

Predrag Golijanin sporting director of Partizan Termoelektro: “I expect to be a great volleyball spectacle and invited all the fans of both two clubs to come in large numbers to attend the game. Objectively, we have big problems in the organization of training and preparation before the game and I thanked Volleyball Club Vizura who allowed us to train in their hall.”

Ivan Steljić, captain of Partizan Termoelektro: “We are stole the idea from the Portuguese experts from Maracana, the fact that we have forbidden word „titles” ever in the area and thought Partizan players. Somehow we are more like term barrage for the Champions League because that is the way we want to provoke some quasi experts and trainers. I absolutely not agree with the fact that we have made a miracle by the end because I think it will be a miracle to surprise and Crvena Zvezda. Absolutely we are not fear of duel with Crvena Zvezda. I think that a team that is much more concentrated and with a cool head, it will win. We’re not thinking about the title, only on the Champions League.”