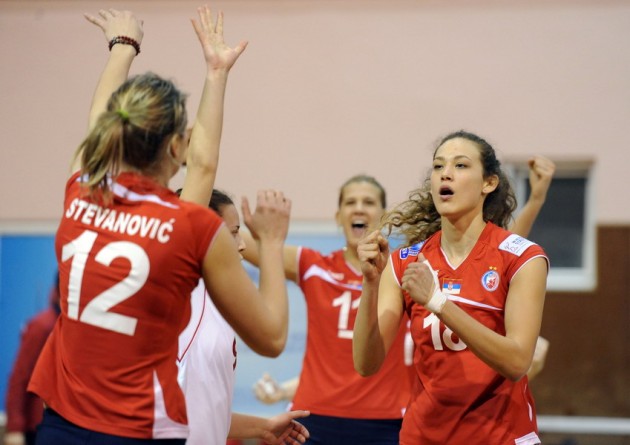 It seemed for a moment that Jedinstvo started brave and motivated, because they had the lead 9:3 and 16:15 in first set, but they were immediately stopped. With a series of points 9:0, Crvena Zvezda won first set 25:16.

The second set was similar. Jedinstvo started well, but captain of Crvena Zvezda Ana Bjelica and receiver Ljubica Kecman make good role for 12:4, 19:14 and later 25:17 for 2:0 in sets.

In the third set, instead to go for all or nothing, Jedinstvo raised the white flag. After egal game (6:6), Jedinstvo didn`t have power at the end of game. On other side Crvena Zvezda once again showed why they are still the current national champion.