This Sunday the Zurich city won the Cup semi-final against Sm'Aesch-Pfeffingen clear 3-0. Again with the same starting 6 players, but Volero Zurich until the end of the second set had to get better at the game set. on Saturday 10 March Zurich is meeting with the current scoreboard leaders VFM in the Bernese Wankdorf hall. 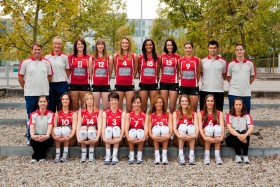 Although in both semi-finals the tension was lacking, both outsiders sold their skin as expensive as possible.

In the first set against Volero, which was still ahead 22:20 and the game had to be extended until the ball of the guests struck the result of 24:26 after the third intermission.

In addition, the home team struggled for a clear break after 14:25 on again, once was soon clear ahead 8-3 and later on even possible again from 20:20.

But then Volero resolutely sought the decision and was determined after 73 minutes of game, as they never really seriously threatened the winner.