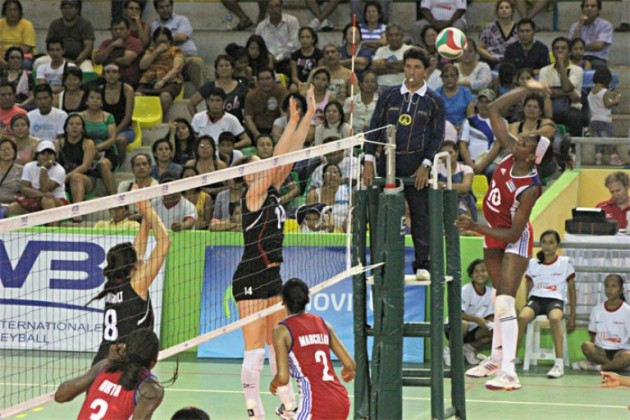 The Cubans prevailed despite committing 42 unforced errors compared to 25 by the North Americans. Both teams had 14 blockings and the Cubans had the edge 6-5 in aces.

Ana Cleger and Sulien Matienzo led five Cubans with double digits in the scores with 22 and 17 points.

Canada’s Margaret Barclay finished with 13 points followed by Jaimie Thibeault and Kyla Richey each with 12 points.

To read more news about this competition click on Pan American Cup 2013.