Kim Yeong Koung is still fighting for her rights. After she has been defined for 'arbitrarily withdrawn'*, her lawyers and she are constantly working on solving her current unpleasant position in world of Volleyball. 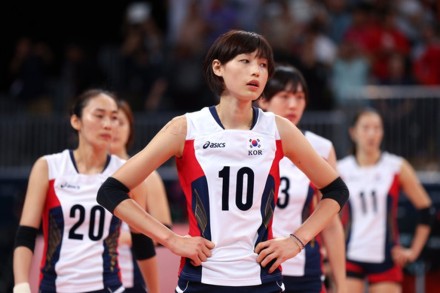 Kim’s agency “Inspo Korea” raises the objection and questions to KOVO through the law firm “HanByul”. According to the rule of KOVO, the contract document is a prerequisite of player registration. But, Kim doesn’t have written contract document with Heungkuk. So her agency questions how she could belong to HK without the document.

Lawyer Tae-Young said: “Regardless of the qualifying condition, when the term on contract is over, player can choose the club to make a new contract like clubs can decide whether they will extend the contract with the player or not. The club’s action for player’s refusal to sign a contract can be done as long as the contract period is still available. In her case, her 5-year contract was already over which means she can choose where she wants to play.”

Also, he said that KOVO didn’t announce why Kim became ‘arbitrarily withdrawn’ player which should be announced under the regulations of KOVO.

Kim and her agency handed the objection form to KOVO that includes the fact that she has never broken any rule and where she expressed her will make a new deal with others by refusing the new contract with Heungkuk, after the term has been terminated claiming she should be “Retired player” instead of ‘arbitrarily withdrawn’ player by the KOVO rules.

“Every disadvantageous action must be explained with right reasons and clear provision of evidence.”, said the lawyer asking for the reason of KOVO accepting HK’s request of Kim.

Meanwhile, Heungkuk Pink Spiders required KOVO to admit that Kim is ‘arbitrarily withdrawn’ player because she was breaking the rules. But, HK and KOVO didn’t mention exactly which rule she broke.