After Friday’s loss to Iran, Argentina recovered in style to earn their first victory at the FIVB Volleyball Men's U21 World Championship in Turkey. In the first match on Saturday’s schedule at Baskent Volleyball Hall in Ankara, the South Americans managed to win a very tight battle with Japan in straight sets - 3-0 (28-26, 25-20, 28-26). 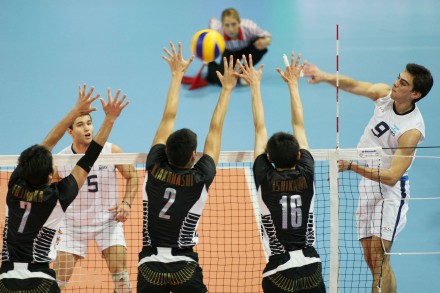 In a very tight first set the gap never exceeded two points. Japan were the first to arrive at set point, but the battle continued. Eventually a Japanese spike went too long to settle the score at 28-26 Argentina’s way. In the second set the equilibrium was maintained through the 18th point. In the conclusive moments of the set Argentina displayed some fantastic blocking to break away to a 25-20 finish.  Set three was very similar to the first one. It was a fierce battle for every point featuring long rallies and beautiful performances, especially in blocking and spiking. Japan did not take advantage of the first set point at 24-23 and in the end Argentina’s Gonzalo Lapera provided for an exciting finish of the game with a brilliant ace shaping up the 28-26 win.

Pablo Koukartsev became the best scorer of the match as he tallied up 18 points for Argentina. Yuki Ishikawa, with 13 points, was Japan’s most prolific player.

How to clean floor after practice (VIDEO)

#IAMINBERLIN: The best points from Zenit –...