Bre Banca Lanutti Cuneo announced that they had terminated the contract by mutual consent with Luigi Mastrangelo. 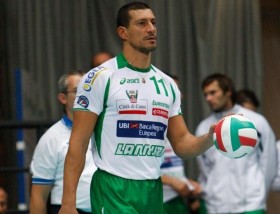 He left the club after four consecutive seasons wearing the jersey of Cuneo, in which he had been achieving excellent results. The greatest of all is winning the “Scudetto” (Italian Championship) in 2010.

In thanking the middle blocker for his valuable contribution during these years, Cuneo wished “Gigi” a great future, full of satisfaction, personal and sports.

We remind you, that Mastrangelo was excluded in January as the result of a disciplinary measure, because of an incident that took place during daily training.

Mastrangelo was not happy with the training led by Roberto Piazza who made the threat to leave the training session and the club.

Only after the intervention of Cuneo general manager Marco Pistolesi, the atmosphere in team calmed down.

See the profiles of Cuneo and Mastrangelo.