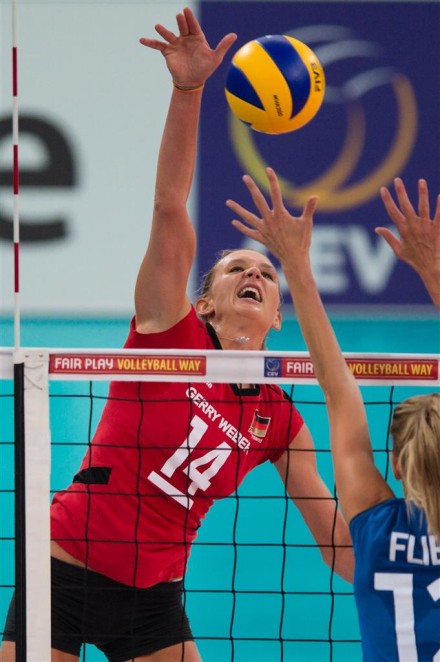 First period was very much at the balance until the end. Germany led most of the time by only one point and only after long fought battle managed to win 27-25.

Then girls in orange decided to buckle up and turn around this game. Second set was even until the end, when long 5-0 run gave Dutch girls 25-20 win.

Next, third period was rather one sided. Netherlands led the whole time and capitalized on their lead by 25-22 win, and 2-1 in sets.

Yet Guidetti had something left in his pocket. Denise Hanke started 4th set instead of Kathleen Weiss and that move gave new found energy to German girls who won that pressure heavy set, 25-23, after leading throughout the whole period by point or two.

Even though Dutch girls had will and energy, experience of German team and coach Guidetti secured second win for Germany, 15-9.

To read more news about this competition click on European Championship 2013 W.