Some months after the start of what was another stellar season, the guys of Zenit KAZAN and the ladies of Fenerbahce Universal ISTANBUL ultimately claimed Europe’s most elitist competition, i.e. the CEV Volleyball Champions League. Apart from the players that contributed a fantastic show, some other people did a great job, but this time off the court. The clubs of VfB FRIEDRICHSHAFEN and SCHWERINER SC finally finished atop of the charts whereby the traditional “Press Award” is assigned by the CEV once the season comes to a close. 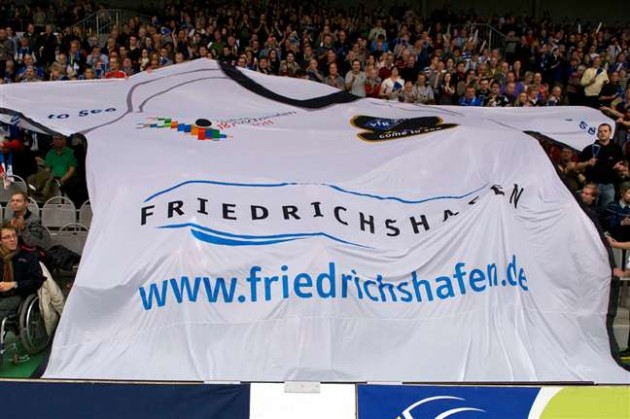 This is a well deserved award for their respective Press Officers whose dedication was absolutely remarkable throughout the past months, combined with great quality and accuracy that eventually paved the way for that much wanted check whose value stands at 6’500 €.

Germany was the real dominant force in the women’s division with DRESDNER SC eventually finishing second and the top three being rounded out by last year’s winner Volero ZÜRICH of Switzerland. As for the men’s side, VfB FRIEDRICHSHAFEN extends a good tradition following the compatriots of Generali UNTERHACHING who this time were ranked fourth with the podium being completed by Belgium’s Noliko MAASEIK and Zenit KAZAN of Russia, with the club from Tatarstan hence standing out both on and off the Volleyball court.

Drawing the line after some busy months, much gratitude is to be expressed to all clubs that joined this year’s CEV Volleyball Champions League for their contribution in making it once again a first-class competition also in terms of media exposure and PR activities.

Volley All Festival ready for biggest ever...