To the delight of the sports clubs and the fans in Dupnitsa, the government of Bulgaria provided funding for the comprehensive reconstruction of the sports hall in town. For that purpose the Council of Ministers granted the sum of 2.25 million euros. 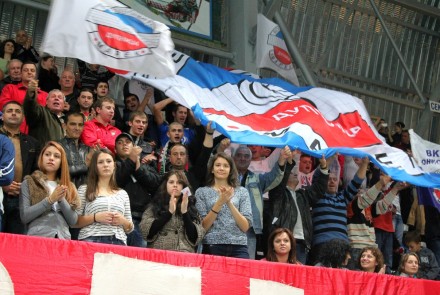 This became reality mainly because of Marek Union-Ivkoni DUPNITSA’s participation in two consecutive editions of Europe’s strongest club competition – the CEV Volleyball Champions League.  The team’s performance in the tournament caused many positive reactions, but Marek was forced to play its home games in Samokov, 40 km away from its home town, because the sports hall in Dupnitsa is not up to the requirements for licensing.

A year ago Dupnitsa mayor Metodi Chimev stated that it was unacceptable to participate in the Champions League, but not to have a good competition hall in town.  So the efforts of the club, the mayor’s office and the parliamentarians from the region paid off and money needed for reconstruction of the Sportna hall was allocated by the Bulgarian government.  While volleyball is the main reason for this development, at least seven or eight other sports clubs will also benefit from the use of the future complex.

Within the next few months the procedures for the selection of the contractor will take place.  The current facility will be torn down in August or September to begin the reconstruction.  The new hall is to be completed in the summer of 2015.  It will meet all the standards for obtaining a license for volleyball competitions under the auspices of the CEV.