The hosting countries of the third qualification round for the 2012 CEV Junior Volleyball European Championship were recently determined by the European Sports Organizing Commission (ESOC) chaired by Mr. Pierre Mulheims. France and Italy will play host to Pool E and F respectively in the men’s division, while the last qualifying round for the women’s Championship will take place in Belgium and Bulgaria. These tournaments will run through July 12-15 over a period of three days to be chosen by the organizers. 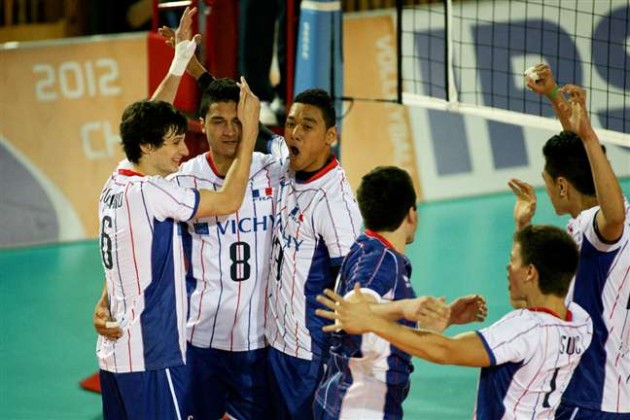 France – whose national team (pictured) finished as runner-up of a second round qualifier held this past April in the Czech Republic – was assigned the task to organize Pool E after a Drawing of Lots was performed by the ESOC since no applications were received by any of the four countries included in that group (apart from France, Austria, Ukraine and Finland).

The exact venue of this tournament will be determined in the next days, while the small town of Zocca will be hosting Pool F whereby the hosts of Italy will try to advance to the final round of the Championship by taking on their rivals from Germany, the Netherlands and Slovenia.

Zocca – which is located in the neighborhood of Bologna, central Italy – did already play host to an international competition back in 2009 as a qualifying round for the Girls’ Youth European Championship took place there. Since the final round of the Championship is being co-hosted by Poland and Denmark, only three tickets will be assigned via these third-round qualifiers to finally make it to Gdynia and Randers.

The first ranked teams of each Pool plus the second ranked with the best score will eventually advance to the final round whose starting field already includes, apart from the hosting nations, the 2010 medalists (Russia, Bulgaria and Serbia) and the winners of the second-round qualifiers completed just a couple of weeks ago (Greece, Belgium, Spain and Turkey).

Belgium – and namely the EuroVolley Center in Vilvoorde – and Gabrovo (Bulgaria) are the venues of the women’s third-round qualifiers scheduled also for mid-July.

Belgium will be hosting there in the outskirts of Brussels the national teams of Germany, Romania and the real sensation of the second qualifying round, Austria, while Bulgaria will be testing out the likes of Croatia, Finland and France in Gabrovo.

As the final round is being organized in one country, namely Turkey, four tickets to make it to Ankara will be distributed by these third qualification rounds, with the first and second ranked sides of each Pool making it to the finals whose entries already include – apart from the hosting country – the three medalists from the previous edition (Italy, Serbia and the Czech Republic) plus the four winners of the second qualifying rounds played in mid-April (Poland, Slovenia, Russia and Slovakia).