Albania’s domestic season finished yesterday with the final match of the women’s national cup played at “Ramazan Njala” sports hall in the city of Durres. The ladies of Tirana TIRANA eventually rounded out their campaign with a splendid 3:2 win to edge UMB Volley in a dramatic and thrilling final game. 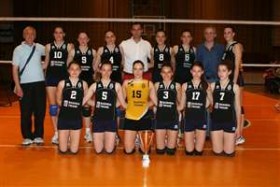 This is the second time, in about one week, that UMB Volley loses the last and deciding act of a domestic competition, after the Championship series of the national league resulted last week in a second consecutive crown for the players of Minatori RRESHEN.

POL W: 3 wins in 3 matches for Poland after a dramatic 3-2 over Serbia