written by WoV May 5, 2012 source: piemontevolley.it

It has been officially announced that Nikola Grbic has renewed the contract with Cuneo for the following two seasons. 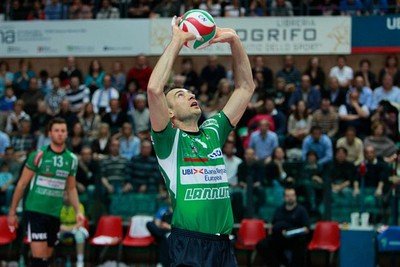 Nikola Grbic, one of the most successful players of all time, has chosen to extend his contract with Cuneo, the club in which he played in the last three seasons. Grbic does not hesitate to declare: “I am honored to receive a two-year contract proposal from a serious company like Piemonte Volley and to continue the adventure that has lasted three years. Taking into account the economic crisis and the difficult time for the world of volleyball, I am happy to stay in the major company such as Cuneo.” The General Manager Marco Pistolesi said: “I am very happy that we made the agreement with Nikola. Moreover, I am delighted to have pleased our new coach, Roberto Piazza, who had indicated Nikola Grbic to be one of the cornerstones of the future of the team.”

THE PRIZES OF NIKOLA GRBIC

Titles with the Serbian National Team