NORCECA M: Legend Hoff warns US to be wary of Canadian threat 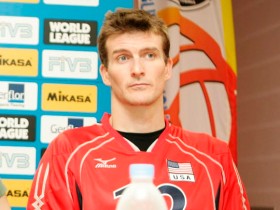 Hoff, who also won the 2008 FIVB Volleyball World League and 2005 NORCECA Men’s Championship, said that the United States’ northern rivals could prove to be a potential banana skin, especially after NORCECA rivals Cuba came unstuck against Canada on Thursday.

“Canada coach Glenn Hoag’s been with the team for a long time,” Hoff said in his blog. “They have a group of guys playing overseas which helps in terms of experience such as Dan Lewis and Freddy Winters. All of these guys have extensive international experience and their work at professional clubs has helped translate to the NORCECA tournament.”

However, he also said that the US is focused on the task in hand having spent time with the team at the competition.