The first act of the yellow and blue derby that is being played these days in Qatar between Juantorena and Djuric the hammer last night awarded the Italo-Cuban. His Al Arabi has in fact passed 3-1 (21-25, 25-18, 25-16, 25-19) in which the team of Mitar and Hristo Zlatanov play in Game 1 of Cup semi-final of the Prince, grabs up for the first two trophies at this time in Doha. 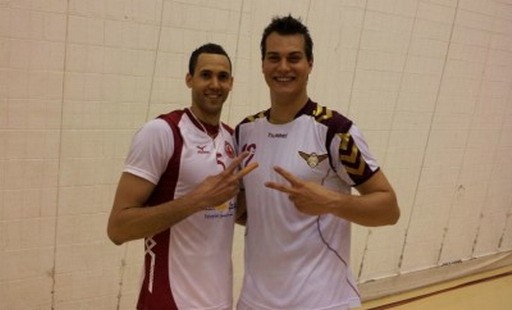 Osman was the great protagonist of the match making personal 19 points, 78% attack at the net, two blocs and an ace who, together with those obtained by Miljkovic, have allowed the hosts to double-check the initial outburst of the team where Djuric has scored 20 times, playing the first three and the last set as opposite as the central part.

The teams will return to the field on Monday, 21 for race 2, a match that could already be decisive in case of a new victory of two teams that were imposed yesterday.

WL M: Poland too strong for Canada in World League