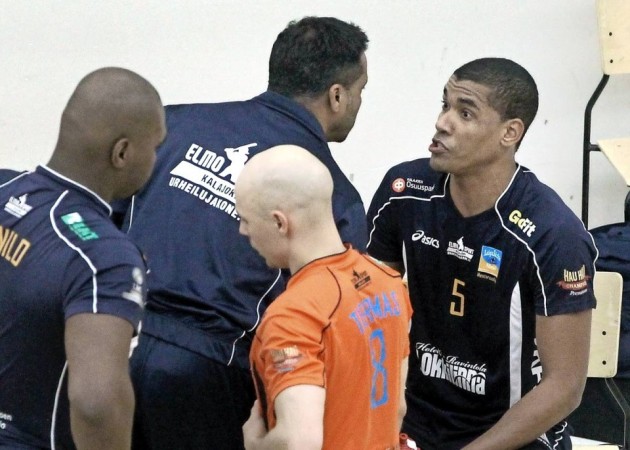 A rather unusual episode for volleyball courts was seen in the second set. The visiting team coach Shailen Ramdoo lost his temper and verbally attacked his own player Bruno Ribeiro Baltar.

The coach called a time-out and told the unsettled player, in English, to sit. Brazilian refused to obey the commandments so the integrity of the coach was questioned and they started to push each other.

One of LiigaSärkät’s players, Danilo Cruz De Carvalho, stood between those two, preventing that something worse happen.

Bruno remained on the match until the end of the match that his team lost.

EXCLUSIVE: Radunović – “AEK players on the edge of existence”

Would you recognize them? Famous Russian coaches in youth (PHOTOS)

WCHJ W: “We are looking forward to...