EXCLUSIVE: Radunović – “AEK players on the edge of existence”

Balša Radunović, player of AEK, read all stories that we have published on our website about the situation in his team, and therefore decided to contact us and reveal the story of players. 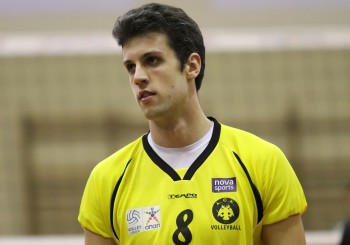 Radunović firstly wanted to clarify the situation about the decision of players not to travel to the game against PAOK.

“I just wanted to let you know that decision not to go on the game against PAOK was not only made by the foreign players. It was the decision of the whole team. Greek players and Payan who played here in the last season are even in worst situation than us, cause they didn’t get the money for the previous year as well!”

Then we asked Radunović to describe us the current situation in AEK.

“All players and coaches are at the end of all limits, because we did not receive any money at all. Only couple of players got one single payment from the start of the season. Also, some foreign players have even bigger problems because their visa expired and they can’t leave Greece. We all respect AEK as a club with big name and rich tradition, but players just can’t take it anymore, because they are on the edge of existence! We can’t give 100% on the court, and we all together made the decision not to go to the game against PAOK. This team was created to be among top 4 clubs in Greece, and in the preparation period we won 11 out of 12 games. But, when the season started we faced some injuries and these financial problems. It is just impossible to reach that goal in situation like this” concluded Montenegrin player.

Exclusive for WoV, Horacio Dileo – “I...