The Dominican Republic beat Chinese Taipei in straight sets (25-23, 25-19, 25-18) in front of more than 5,000 spectators at the Volleyball Palace in Santo Domingo on Friday night. 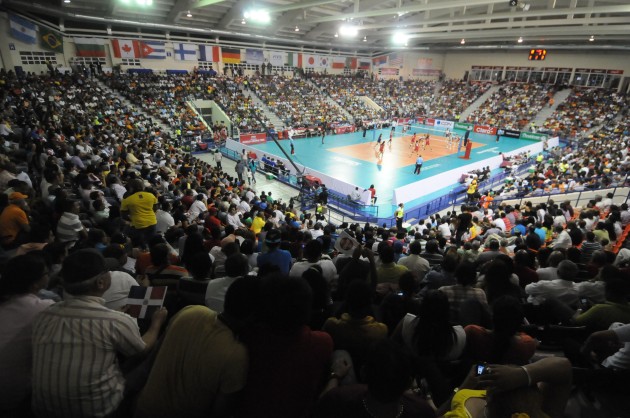 Milagros Cabral and Bethania De la Cruz led the winners with 16 and 13 points respectively and each registered four blocks. Annerys Vargas and Gina Mambru had 9 apiece for the winners. Teng Yen-Min topped Chinese Taipei with 14 tallies.

The Dominicans blanked the opposition 16-0 in the blocking category while Chinese Taipei held a 10-6 margin in aces.

Dominican Republic led 8-6 and 16-14 at the technical time-outs. It was a close battle with both teams relying on their best abilities, Chinese Taipei with good serves and the home side taking advantage of the size at the net. At 20-20 Cabral scored with a spike and Mambru followed with a block. Eve gave Dominican Republic a three-point lead but Chinese Taipei answered with spike by Teng and ace from Lee only to see Mambru sealing the set 25-23 with a cross-court smash.

In the third set, the Dominicans were in front 8-6 lead thanks to big spike by Cabral followed by an ace from De la Cruz. Eve expanded the gap with block and spike. The second technical time out found the local team leading 16-9 with Mambru scoring with a shot from back court. Chinese Taipei reacted behind a pair of spikes by Chen to close in at 22-16. The set finished 25-18 with a soft touch from Vargas.