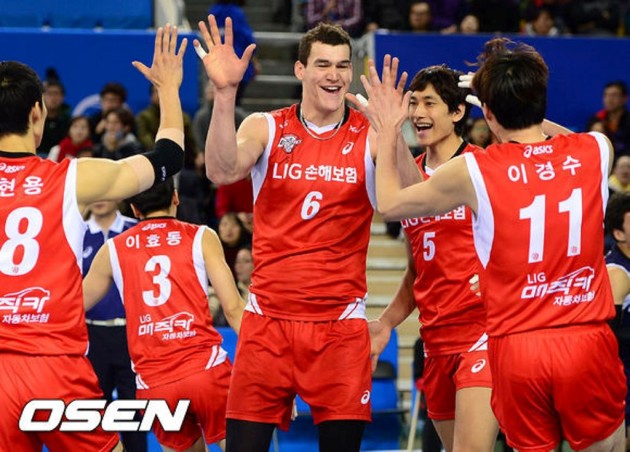 In the new match of the Korean V-league his team LIG Greaters has defeated Rush&Cash of  Simon Robertlandy in tie-break.

These two players have prepared an amazing spectacle to the audience, at the end Edgar was successful.

True, the hosts led 2-0 in sets and had their chance in the fourth set but the winner was known after tie-break.

Edgar  was the best scorer of the match with 46 points while Simon  scored 32 points.

BRA W: Thaisa and Adenizia participated at Carnival in Rio

CL M: “No one will play relaxed on Thursday” said Mikhailov