The first week of voting for WoV Dream Team is over! Some of the results will surprise you, some won’t but what is the most important, you were very active and tried hard to make your favorite player advance in the rankings. We have to praise our fans from all over the world for leaving their vote and sharing our Poll via Social Networks and websites. Keep up with the great work! 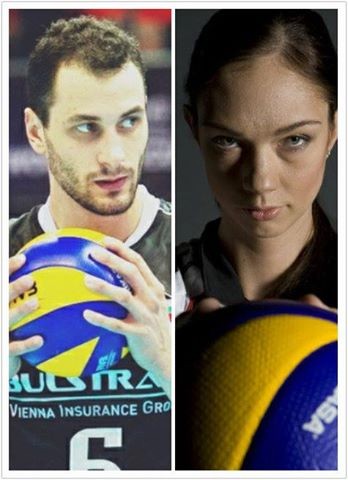 About the results of our Poll in Round 1 – there was 5602 of your votes in female competition and 10055 in male, in total including those via Facebook and Twitter as well (they were worth 3 points) which were added at the end of counting.

Among male setters, there was a huge battle. Marouf and Drzyzga replaced one another at the top all the time, but the Iranian won. The Brazilian William is out. Among opposites, Wlazly took the lead from the start and kept it. Unfortunately, Leo from Korean Bluefangs fell off from the list. Kaziyski is out by only one vote in the position of Receiver 1! Ngapeth is saved. Kromm had no chance among Receivers 2, while Rossini lost all of his chances in the last two days in the position of libero. Podrascanin was way behind among Middle Blockers 1 and the same goes for Bontje among MB 2, but he and Birarelli fought until the last night! It’s interesting that Kromm and Bontje did not receive a single vote via Social networks.

competition, three Russian are out – Startseva among setters, opposite Gamova and Middle Blocker 2 Borodakova. Ukrainian Receiver 1 Rykhliuk gained minimum of your votes in all competitions. Bulgarian Receiver 2 Vasileva fell off. The same happened to Turkish libero Karadayi, but she is out mostly because of less votes on FB and TW. She was only 6 votes behind penultimate Davis. Unfortunatelly to Turkish fans, another their compatriot fell off – Eda among Middle Blockers 1. Ravva, Borodakova, Eda, Costagrande, Vasileva, Rykhliuk, Fawcett, Fabiola and Startseva did not get any of your votes from FB or TW.

Final results of Round 1

You can still leave your vote in our WoV Poll and choose the best male and female players and Dream Team!!

At the end of every week we will combine your votes with the points from your comments. The player with the least number of votes will be eliminated from the competition every Monday!

the votes have not reset!
this means we cant vote again?!!

Kurek ahead of Juantorena and Lucarelli? Ridicolous!

Of course you can vote regardless the votes have not been resetted after the first round!

Why do they use the term receiver instead of wing spiker?