Serbia and Italy have played another great match in Pool A of the FIVB World League 2015. After more than two hours the results was 3-2 for the hosts. 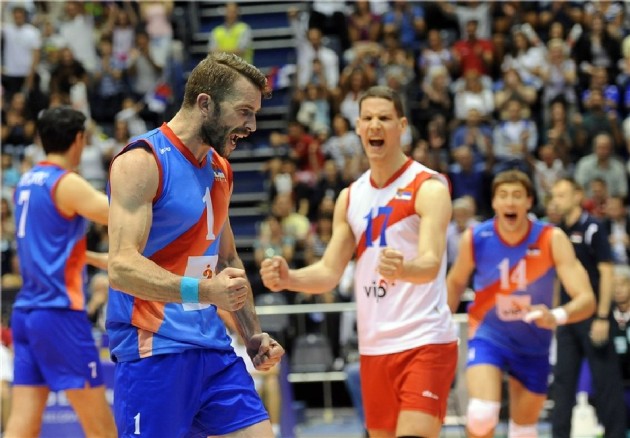 Italians had the leadership of 12-8 in the first set when the Serbian coach Nikola Grbić called time out. After that pause Serbia made series of 7-2 (15-14). The hosts led until 21-19 but Giulio Sabbi equalize the score at 21-21. Thanks to Filippo Lanza, Italy came to the first set point (24-23). With three mistakes in row by Italy, Serbia ended the first set 26-24.

Italy opened the second set with 3-1 on the visiting side but captain Dragan Stankovic tied the score at 4-4 with great block. At the first time out Serbia went with 8-7. The set was with many great action but in the same time very uncertain. Teams played point by point and after two mistakes in row, Italy went to 19-17. Italy came to its play and very quickly they went on +4 (22-18). Stefano Mengozzi‘s ace brought Italy  1-1 in sets (25-21).

The third set was opened with 7-2 by Serbia. But until end it wasn’t for the people who have problems with hearts. After the long fight Serbia finished set 26-24 although Italy had set point 24-23 (Nemanja Petrić was blocked by Mengozzi). Service error of Ivan Zaytsev brought Serbia 24-24 and after great serve by Nemanja Petrić, Nikola Kovačević finished set with block for 2-1 in sets.

The audiences in Sport Hall “Pionir” in Belgrade was able to see a great volleyball from both side of the court. Tie-break was fantastic. Teams fought for each point but Italy went on +2 (12-10) after great serve by Zaytsev and point of Lanza. Serbia equalized on 13-13 but Sabbi brought Italy the match point (14-13). Aleksandar Atanasijević equalized again and Sabbi made mistake; Serbia had 15-14 and the match point. The hosts have used the second match point for win of 3-2. Nemanja Petrić finished set 16-14. 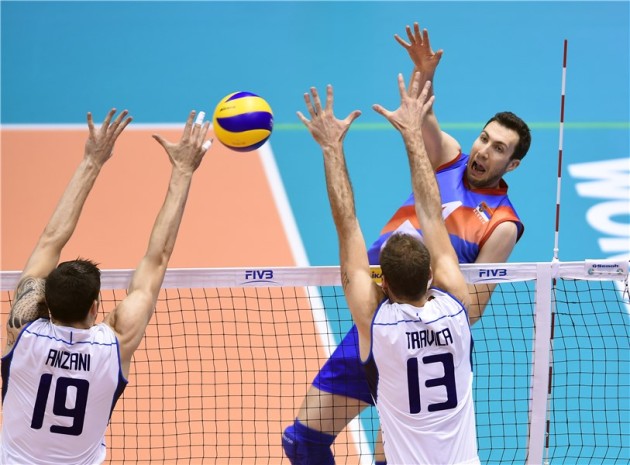