World Cup 2015 – 12 teams, 12 coaches… But, only three of them know the feeling of winning this competition. 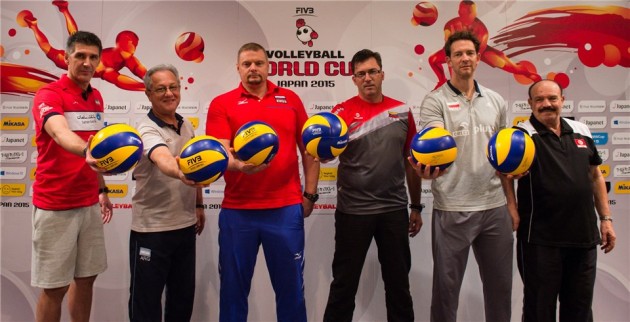 When Vladimir Alekno accepted to return of the bench of Russia just before the start of the World Cup 2015, this team got perhaps the best possible reinforcement for this tournament. Because, if anyone knows how to win this competition, than it’s him.

Vladimir Alekno is actually the last coach who won the World Cup! He was the head coach of Russia back in 2011 when Zbornaya seized the first place and a ticket for London… You all know what happened afterwards – Alekno and Russia won the Olympic gold! It is worth mentioning that Alekno also has silver from the World Cup 2007 with Russia.

But, he is not the only one who knows the feeling of winning the World Cup. Julio Velasco won the tournament back in 1995 as the head coach of Italy. Now, he will try to put his winning experience into the squad of Argentina.

We wrote at the beginning that there are three coaches from these 12 teams who won the World Cup in the past. The third name is Angiolino Frigoni, the current head coach of Egypt, who was in the coaching staff of Italy in 1995 when Velasco was the head coach.

As far as other coaches are concerned neither of them has managed to win this competition so far. Gianlorenzo Blengini (Italy), Slobodan Kovač (Iran), Stephane Antiga (Poland), Glenn Hoag (Canada), John Sperraw (USA), Masashi Nambu (Japan), Roberto Santilli (Australia), Fethi Mkaouar (Tunisia) and Vincenzo Nacchi (Venezuela) will try to add their name in the volleyball history this year in Japan.