Impressions after the match between Brazil and Trinidad and Tobago. 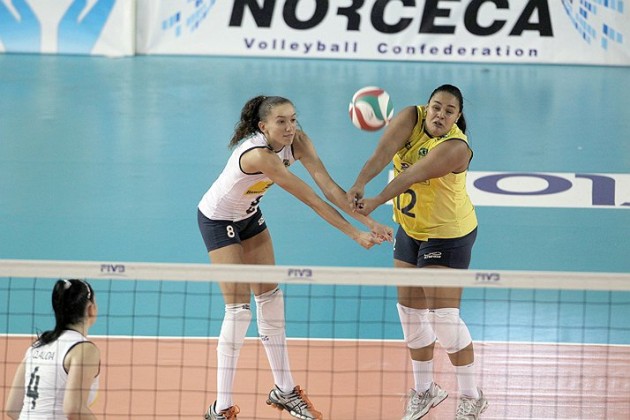 “We tried to go far and go strong, everybody did their job and it was good for us to learn form an opponent like Brazil,” said Esdelle.

“There are no easy match. This was a very tough one. Trinidad and Tobago showed a good service and we worked in our block,” Brazil’s captain Natasha Farinea stated.

Despite the loss, coach Francisco Cruz felt satisfied about his team. “I had the chance to rotate all the players and the Pan American Cup is important for us because after this we will compete at the Caribbean tournament,” Cruz indicated.

For Claudio Pinheiro, this was also a chance to prove his players.

“We have to give more experience to the players to conduct a match. Today we did so against a team that showed a very strong game and also a great attack and serve potential,” said the Brazilian head coach about this match that lasted 1 hour and 9 minutes.