“This was a strong match, we fought play by play and point by point, but in the end we made a lot of mistakes and we couldn’t win,” said Esdelle. 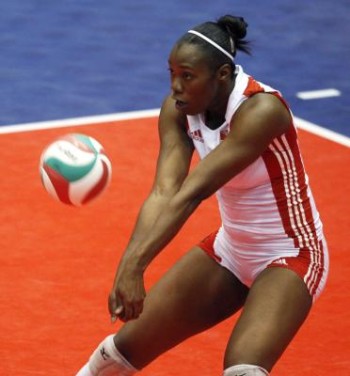 For Costa Rica, this was a resilient night. “We had to sweat literally and also had to play with order and concentration. The match was very even and the key was the location especially against Kelly (Billingy)”, Verania Willis remarked.

The way Trinidad & Tobago has played during the Cup has given a lot to talk about. “It is a team that knows how to set itself on the court and its system has put in trouble many opponents. We struggled to fight for each point but I am satisfied and worked with more order in the end”, Costa Rica’s Coach Xavier Perales said.

“I had two players who did not get into the match after a 5-point difference that we could not capitalize. We had the match in our pocket and lost that fourth set. Costa Rica knew how to make the most of our setting mistakes”, said Francisco Cruz about Trinidad & Tobago.