IRN M: President of Iranian Federation – “We will change coach if necessary!”

General assessment of volleyball fans, enthusiasts and experts in Iran is that the result of their national team at the 2015 FIVB World Cup in Japan is disappointing. Most of them expected that Iran seizes spot for the Olympic Games in 2016. It didn’t happen. 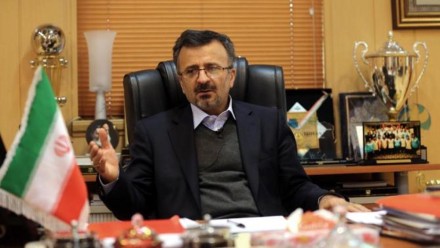 After the World Cup, which ended end on September 23, Iran is eighth on the FIVB ranking. On the tournament in Japan it scored only four wins and seven defeats, ending as eighth in the standings out of 12 participants. So, Iran will have to wait additional qualifiers to go to Rio Olympics.

“The result at the World Cup is a warning. Hereby, I apologize to the Iranian people. Their expectations were not fulfilled by the national team. Statements were given that volleyball in Iran has made a step backwards. It’s not correct. Failure was due to mental and spiritual aspects of the players and we will examine those in the next week’s meeting. Even the continuation or termination of a contract with Kovač (the head coach) will be defined in that meeting. Coaching staff should answer for this. Some of our critics were directed to his assistants. He made us believe that he has chosen a good staff, but we saw that it didn’t work. Going to the Olympic Games is our goal. If this goal can be achieved by changing the head coach, we’ll do it, since volleyball in Iran should continue its progressive route,” the President of Iranian Volleyball Federation, Mohammad Reza Davarzani, said.