Everything is possible in Iran’s Super League! The Iranian Volleyball Federation decided to shorten the number og games in playoff finals between Paykan Tehran and Bank Sarmayeh. 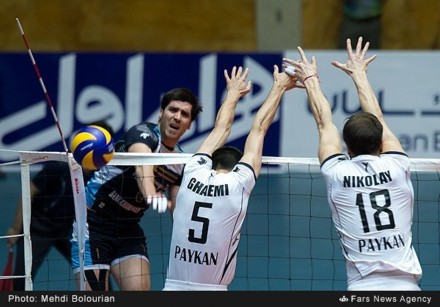 At urgent meeting in the headquarters of Iran’s VF, with the presence of its President Mohammad Reza Davarzani and representatives of both clubs, it was decided that Paykan and Sarmayeh will play finals until one team gets two wins instead of three wins.

The main reasons for shortening playoff finals were an unfriendly atmoshere between players of both teams and aroused tensions on and off the court (on the stands). One of the things that speeded up this decision was the health condition of Paykan’s assistant coach Reza Ebrahimi, who had heart attack after Game 2.

“No one in the club is caring about the third game in the finals. We are all anxious regarding the health condition of Reza and hoping he would be back to normal life,“ the head of Paykan’s delegation said after Game 2.

Since the result in the final series is 1-1, it means that Game 3, on Monday, March 14, will decide on the new Iran’s champions.

RUS M: Markin revealed when he was using doping!

You article is not true Paykan is laying Big Time!!! Assistant coach got heart attack after arguing with first coach of Paykan! Paykan is non stop trying to play dirty!!! Paykan was trying to change the game system even before the first game!!! started they think that because they are historic club they should get gold medal just because the have best connections and manipulating all the time!!!

This is true! Paykan every time is trying to use dirty tricks to win. You could see that after first match. Sarmayeh players thanks the paykan team after the game. After secound game Paykan started to fight because they lost! This is not normal situation to change the rules during the final. Federation should protect fairplay and make Iranian league profesional. Now it is a private farm of Paykan who is playing unfair! I hope Sarmayeh will be champion.

This is how Robertlandy earned MVP award...

You can’t play in Champions League with...