Hosts Peru delighted the home crowd at Miguel Grau Coliseum on Monday by outclassing Costa Rica 3-0 (25-8, 25-10, 25-8) in the last match of opening day action of the U-23 Women’s Pan American Cup. 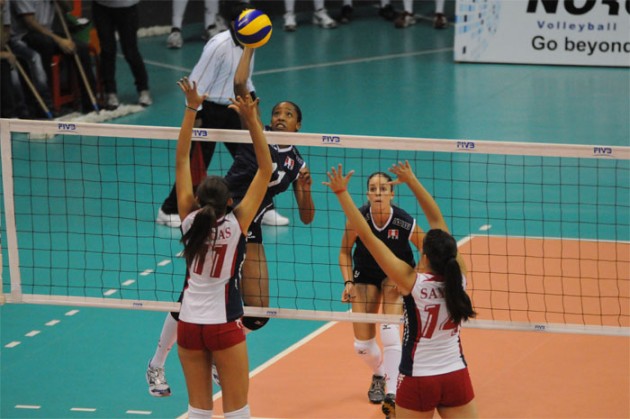 Peru held a huge 19-1 margin in service winners with Angela Leyva recording 9 aces and also held a big 11-3 margin in blocks with Raffaela Camet, Clarivet Yllescas and Ginna Lopez each with three.

Karla Ortiz and Leyva led the winners with 12 and 10 points respectively while Camet and Lopez contributed 9 and 8 points to the win. Costa Rica’s Evelyn Sibaja had 6 points.

Ortiz and Camet both agreed that the match was a little bit complicated since they have a new coach and a different system to adjust with. Anyway both said they were comfortable despite the team had been together with the new coach (Jose Dos Santos) for two weeks.

“It is important the players believe in the system and today they played the way we trained based mainly on defense,” Dos Santos said.

Jorge Andres Carvajal, coach of Costa Rica said: “There are no excuses and we only have to praise Peru for a great game. Our team lack experience and the main thing is the work we have been doing together.”