Romania’s rookie Tomis CONSTANTA – that will debut this coming October in the CEV Volleyball Champions League after being drawn to Pool E together with Poland’s PGE Skra BELCHATOW, Dinamo MOSCOW of Russia and Fenerbahce Grundig ISTANBUL of Turkey – is trying to get well ready for the start of the season by participating to a series of friendly tournaments. 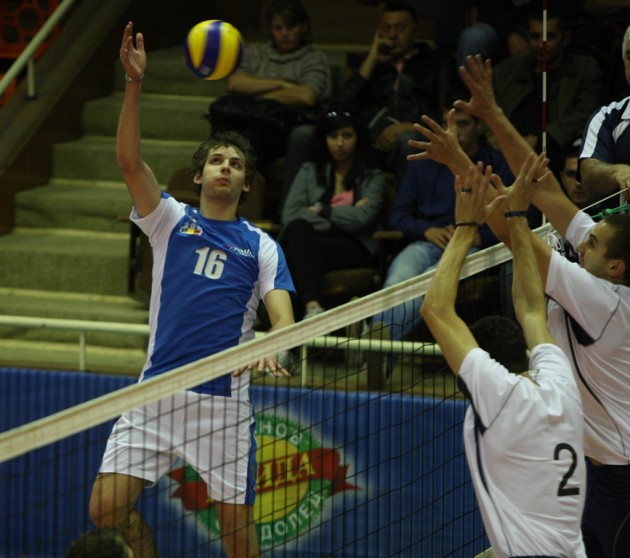 After joining a competition in Dobrich (Bulgaria), this coming week the city of Constanta will play host to the eighth edition of the Black Sea Cup that will be joined also by Germany’s VfB FRIEDRICHSHAFEN, ISTANBUL Büyüksehir Belediye Spor of Turkey and Italy’s BCC-NEP CASTELLANA GROTTE.

Head coach Radovan Gacic could finally dispose of the complete roster in Dobrich after the return of Marko Bojic (MNE) and Olli-Pekka Ojansivu (FIN, pictured) after completion of the European qualifiers where they competed with their respective national teams. Romania’s Sergiu Stancu was also back after fulfilling his duties with the national team.

“We played some strong opponents there and during the match with Levski I noticed a positive evolution. We made many mistakes but we did not lose composure in blocking and defense. As for Galatasaray, they are definitely stronger than Levski; we played better than we did with the Bulgarians but still we have some things to fix. I think we’re on the right track to achieve the goals we have set and the next tournament will help us get ready for the official start of the new season” says the Slovenian head coach. There Tomis will test the likes of a long-time competitor in the CEV Volleyball Champions League, VfB FRIEDRICHSHAFEN, plus a team from Italy’s first division and ISTANBUL BBSK that recently claimed the BVA Cup to get the right to join the 2013 CEV Volleyball Challenge Cup.

Before the start of the Black Sea Cup, the team will be officially presented to the media and the fans this coming Thursday.

Is this funny or useful volleyball training?...