Drawing of Lots for the Men’s 2013 CEV Volleyball European Championship takes place on 15th of October in the football stadium Parken in Copenhagen. Read the latest news from volleyball world on WorldofVolley.com. 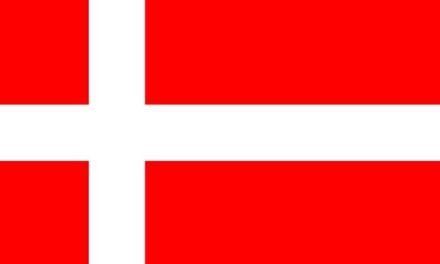 The Drawing of Lots the 15th of October will take place in the football stadium Parken in Copenhagen where the semi-finals and final of next year’s European Volleyball Championship will be played.

The glass bowls for the draw are empty at the moment. But when the Drawing of Lots for the 2013 CEV Volleyball European Championship – Men, Final Round begins the 15th of October, the bowls will be filled with the crème de la crème of European Volleyball.

A series of interesting clashes are in sight once the teams will be assigned to their respective preliminary Pool.

In the bowl are the 2012 Olympic champions from Russia alongside the bronze medalists from Italy. They will be challenged by a series of up-and-coming forces, such as the winners of the second round qualifiers from Belarus, the Netherlands, the Czech Republic, Finland, Germany and France. In the bowl are also the organizing countries of Denmark as well as Poland, who won the 2012 World League. The competitive field further consists of Slovakia and Bulgaria and finally the 2011 European champions from Serbia.

The last three teams participating in the final round of the European Championship will be determined next May via a series of home and away matches where Croatia plays Slovenia, Greece takes on Belgium and Turkey will be challenged by Latvia.

One of the major questions prior to the draw is who the defending Olympic Champion from Russia will face? The 2013 European Championship in Denmark and Poland is the first big challenge for the Russian Team after winning Olympic Gold in London. Can they find the motivation and strength and claim European Gold as well?

Another issue is Poland. The Polish Team won the 2012 FIVB World League after downing USA 3-0 in the final. Can Poland raise their game at home ground and take a medal?

POL M: Quick round in PlusLiga

Court in Tampere made first decision in...