Serbian player Ivana Nesovic is ready for the start of the Japanese volleyball championship. She plays for Denso Airybees. In the preparations she played against Seongnam, her former club. WorldofVolley brings you the latest volleyball news. 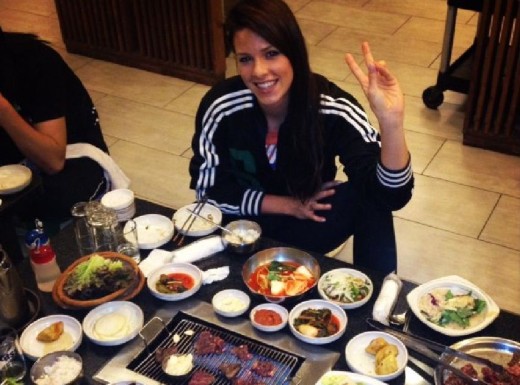 The only representative of the Serbian volleyball in Japan will be Ivana Nesovic, defending the colors of Denso Airybees from Nishio City.

She’s been in Japan for a few months preparing for the challenges in the Japanese championship, and said she was delighted with how everything works in the country. 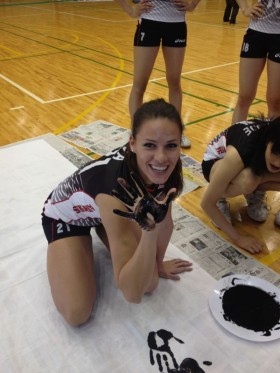 “I really always dreamed of sport this way, to be more than a game. In Japan, I found that. This country reveals a piece of their vast mosaic each day. I’ve been training for four months. It is physically harder than anything else I’ve done, because we train a lot, but my energy and spirit give me strength to practice over and over again” Serbian volleyball player said.

During the preparation, Nesovic had the opportunity to play against her former club Seongnam of South Korea, a meeting with her team-mates was very emotional.

“Preparations for the championship have been very unusual. They started with us going to Korea for a week, where we played five games, and also one with my former team, with whom I made the biggest success with nine wins in a row. The game was very emotional, I was showered with gifts and hugs, which brought me to tears” describes Nesovic.

After returning to Japan, Ivana, together with her teammates visited a Buddhist temple, where they received a blessing before the start of the season.

“That’s where we climbed the steep mountain, through thick forest and streams, to attend the hour long spiritual ritual mantras from monks who live there. For me, I remember the sound of blowing in large shells, the smell of scented sticks burning everywhere, a huge statue of the spirit who they pray to and fire where they put our names in on the sacred sticks. As a volunteer with other Japanese people I was stepping on embers to relieve of negative energy. I was a foreigner who rarely sees that honor. We’ve had the blessing before the league and I hope it will help us with all the work we’ve put in. I believe in it” describes this great volleyball player.

Japanese league is certainly one of the best in the world, and Ivana is counting the days until the first game.

“The championship is about to start, the teams are strong because of the fact that the Asian volleyball is the best in the world in terms of defense and it’s hard to play with them. In a league there are eight teams participating, foreigners are Brazilians, a Dutch woman and I, and I can not wait to start” concluded Ivana Nesovic.

ITA M: Kovac – With Trento at home, we will give our best