On Saturday afternoon AZS Częstochowa made a surprise beating PGE Skra BELCHATOW 3-2. AZS CZESTOCHOWA player Hebda Milosz is happy after his team win against PGE Skra BELCHATOW on their own floor. This and other volleyball news read on Worldofvolley.com. 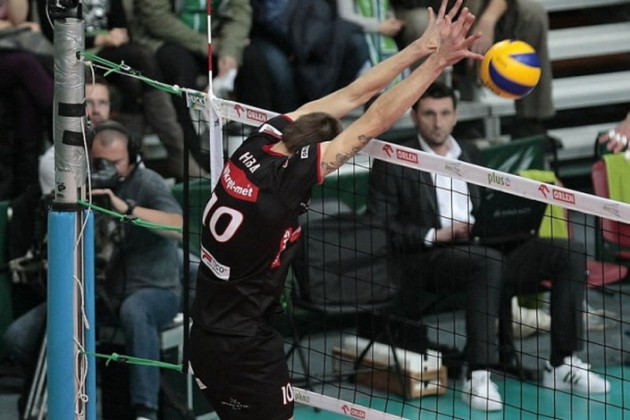 PGE Skra Belchatow was leading 2:0. Beginning of the third set did not indicate that AZS CZESTOCHOWA could win the match.

Milosz Hebda: “Honestly after losing 0-2 we still felt that we have a chance to win. All the sets were very close. Although we lost the first two sets the third belonged to us. In the fourth we have become even more confidence. At the and we managed to win. It’s a great feeling”.

These games give you great satisfaction.

“Of course I can say that we are very happy after win this match. For Belchatow it was a very important meeting. For them the loss of two points is a pretty big loss”.

In the Saturday’s match PGE Skra BELCHATOW committed too many mistakes.

“The truth is that Skra Belchatow on Saturday made quite a number of errors. If they did not make them we would not won this match. Fortunately we made them less and therefore won”.

Belchatow on Saturday played without three key players: Aleksandar Atanasijevic, Pawel Zatorski and Michal Winiarski. Their absence significantly affected the level of play for the hosts.

“Of course Skra Belchatow without these players is not the same team. They not played on Saturday but for us it did not matter. Regardless of who is on the opposite side of the net we have to play to win”.

ECC discusses future of European Cups waiting for Board consensus