In this coming weekend, Poland will face the USA on home soil for the a place in the Finals in Mar del Plata. This and other volleyball news read on Worldofvolley.com. 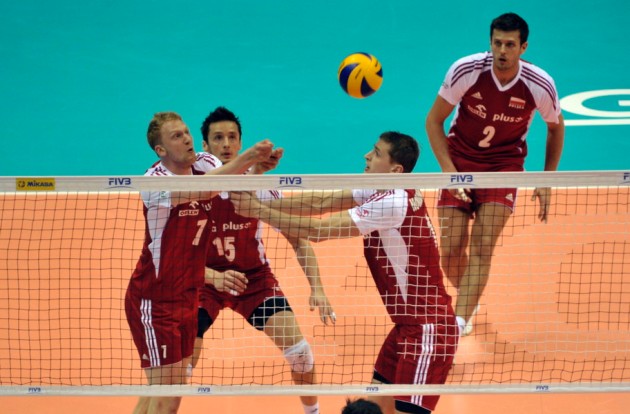 Last week, Poland finally managed to break their series of loses with two victories over Argentina, where the defending champions won 3-2 and 3-1 giving thousands of white-and-red fans reason to celebrate.

“We wanted to come back to the level of play which both we and the spectators are used to,” said Marcin Mozdzonek, captain of Poland‘s National Team after the match on Friday. “We got close to that. It was another small step.”

Team USA faced Bulgaria last week and with one victory and one loss to the Bulgarians, they now have eleven points.

“I have been watching the American team from the beginning of the tournament,” said Poland‘s coach Andrea Anastasi during the press conference. “They have been playing very well so far, but I hope they will not play so well this weekend,” he added jokingly.

Poland and the United States have played each other fifteen times in the World League and the USA has won eight times. This year the matches will be extremely exciting, as both teams need the points to qualify to the final round. Poland and the USA are currently fifth and third respectively in the Pool A standings.

“These two matches are very important for us,” said the captain of the US team, Matthew Anderson. “Poland is a very strong team and the fans here are amazing. It will be very difficult.”

The first match will start on Friday, June 5 at 8:15pm local time in Katowice, Poland at Poland‘s most famous volleyball venue, ‘Spodek’.