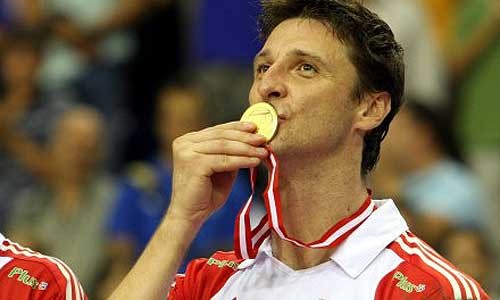 This amazing Polish player made such a decision after Andrea Anastasi showed his list of names chosen to take part in the next summer season of Olympic Games.

“I really hoped for go to my fourth Olympics, but I respect Anastasi’s decision and I have no bitterness about it. I spend some wonderful time in Polish team and I want to say, how grateful I am. I would like to thank all these fantastic fans of volleyball, now I’m one of you“

Piotr Gruszka was a capitan of Polish national team for a long time. He played in over 400 games and he has an impressive history of successes: Gold medal on European Championships 2009 (and MVP of tournament), silver medal in Japan in the World Championships 2006 and countless number of World League games.

GRE M: Olympiakos on the knees