POL M: Paul Lotman is NOT returning to Asseco Resovia

There will be no big comeback of the American player... 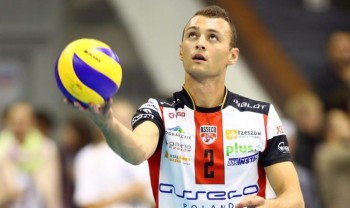 Paul Lotman played 4 years for Asseco Resovia (2011-2015), while he spent the previous season in BR Volleys. Still, after the end of the 2015/16 campaign, Lotman parted ways with German powerhouse and became a free player…

Therefore, immediately after it was announced that Gavin Schmitt might not be able to play for Asseco Resovia in the upcoming season, a lot of rumors appeared in Poland suggesting that Paul Lotman might return to the red and white squad and fill the empty space in the roster. In that scenario, Thibault Rossard would be moved to opposite position, while Lotman would cover his outside hitter position.

However, according to sport.pl, Paul Lotman will not return to Asseco Resovia, although that transfer seemed to be very likely to happen. This source writes that the club has already started searching for a new player, but the management has not made any decision yet.

BRA W: Thaisa – “If something changes in the national team, then I might stay. If not, then…”

SO GOOD! Lasko and his teammate spike...