Polish media say that their volleyball federation started negotiations with Raúl Lozano and that, in principle, he accepted to take over Poland Men’s National Team. On the other hand, Polish VF denies it. But, let’s hear what Argentine coach has to say on that. 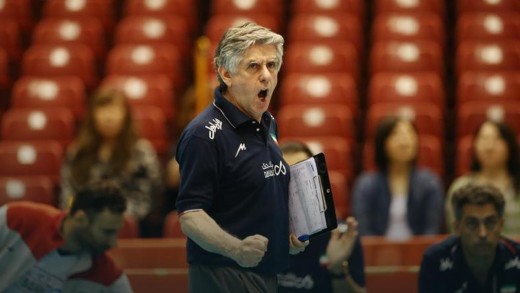 “I’m not familiar with the subject. There is not much I can say about that because I have not talked with the Polish Volleyball Federation,” Lozano commented the news that he will become new head coach Poland which appeared few days ago.

The Argentinian has already led the Polish NT, between 2005 and 2008, who then took its first medal after long time (silver at the 2006 FIVB World Championship). Thus, he is still very popular among volleyball fans in Poland and many would like to see him back as head coach.

“It makes me happy but I do not want to comment on that at least because Stéphane Antiga still has valid contract,” Lozano said but, however, admitted that he would be interested in taking over Poland NT if Polish VF start looking for new head coach.