POL M: Grzegorz Bociek – “We will strive to win again”

In the sixth round of the Plus League Wkręt-met AZS Częstochowa claimed a sensational victory in Rzeszów, against the national champion Asseco Resovia. Now Grzegorz Bociek and his colleagues face a Polish League runner up. 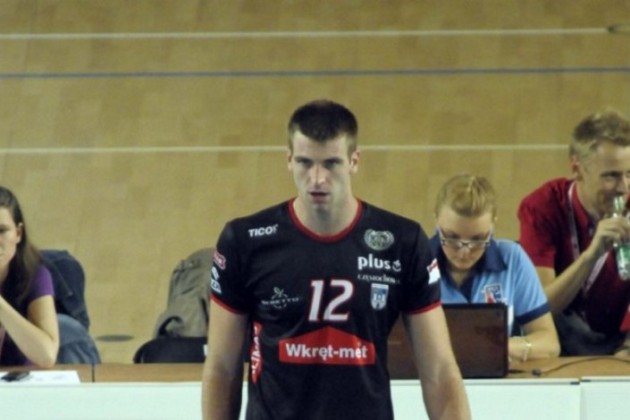 “In front of us are three very serious meetings. Now at least we know how it feels to win, we will surely strive to win again”, says Grzegorz Bociek.

On Saturday, Polish champion was defeated 3-2. It was a great surprise for all. In this situation, one question arises. How were you able to do that?

“We were able to achieve this, thanks to the joint fight. After two lost sets the we entered the third set with the belief that we can win. In the second set if it weren’t for our own mistakes, it could be 1:1. Who knows what would have happened then. Maybe it would be 3-1. We are delighted that we won, because it is the first win of the season.”

After this victory, will it be easier for you to play the following mathces, or, on the contrary, it will be harder because of the expectations of the fans getting bigger?

“It is hard for me to say. In front of us are three very serious meetings. Now at least we know how it feels to win, we will strive and fight to win. Fans are with us all the time, whether we win or lose. We proved it on Saturday. We are a new team that is limited.”

After Saturday’s game in the newspapers you could find various article titles. One of them sounded – “Bociek arranged Polish champion”. Do you feel like the hero of the meeting?

“The fact that I got the MVP award was a surprise to me. The whole team played a great game. Do I feel like a hero? No, absolutely not. Volleyball is a team sport. We go out on the court and we gave our best. If someone has to be a hero, the first of them are coaches who led us through the whole meeting.”

POL M: Michal Winiarski – “We have done a good job”