World No.6 Russia came from behind to beat determined Thailand in thrilling hard-fought five-set thriller 24-26 25-18 25-22 20-25 15-11 in their last Pool L encounter in the FIVB World Grand Prix at the Hua Mark Indoor on Sunday. 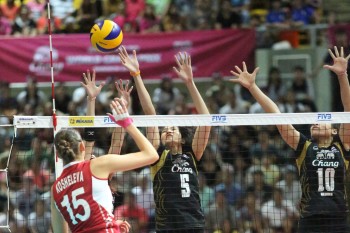 With the hard-fought 3-2 win over the hosts, Russia had registered their straight seven wins in the World Grand Prix. They also improved their World Grand Prix win-loss record against Thailand to 9-0. However, the overall 19 points were not enough to carry them for the Finals in Sapporo, Japan.