Preparation for 50th anniversary of the legendary women’s volleyball team Uralochka – NTMK is already in progress. 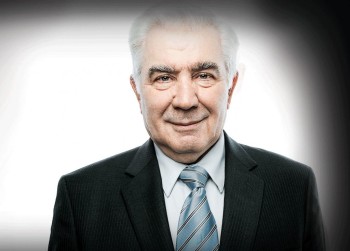 The permanent coach of Uralochka, Nikolai Karpol, said that despite the loss of a number of players, the team manages to retain a strong staff – primarily through the replenishment of the youth team. “Situation in the team is good.”

Nikolai Karpol recalled that in 2016, the team will celebrate its 50th anniversary. According to him, it would be nice if the preparation for the anniversary was formalized through the signing of the decree of the governor or government regulations.

“The idea is very good. We walked along this path when preparing to celebrate the 70th anniversary of the Ural Volunteer Tank Corps, anniversary of the withdrawal of their troops in Afghanistan and other memorable dates. Volleyball Club of Uralochka, without exaggeration, is the brand of the Sverdlovsk region, the legend of sport.”- said Yakov Silin.

Also, in preparation for the anniversary there is a project of new sport complex which is in development. It is assumed that the sports complex with two fields – the main hall and training hall, and the hotel will be built in the Railway Street area near Yekaterinburg Chelyuskintsev. Changes in the distribution of the road network have made the construction of the complex on a certain area previously impossible.

RUS M: There is no suspension for...