In front of 6250 spectators, Serbia has celebrated in the first match of the FIVB World League 2014, in Pool B against Russia. 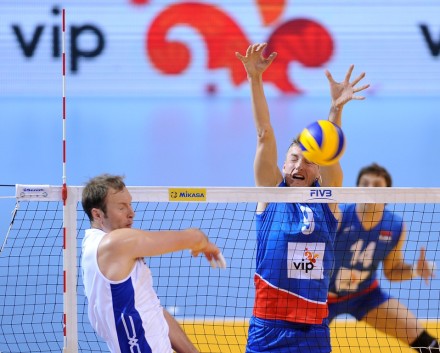 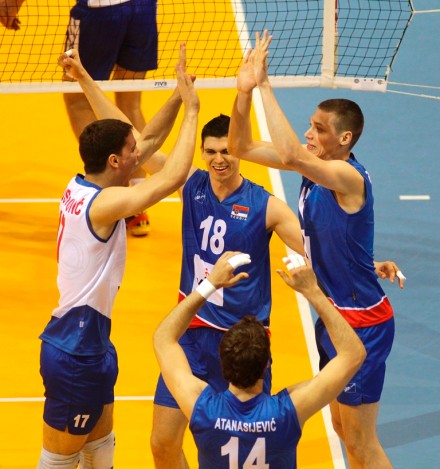 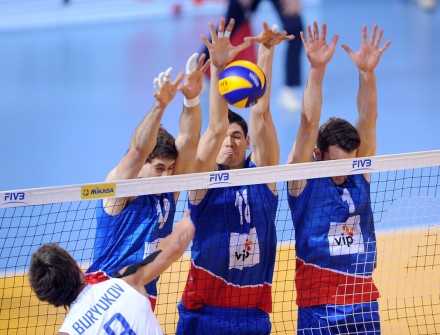 The beginning of the match was tied until 17:17 but Serbia with two aces of captain Stanković and block of Nikola Kovačević has come to the lead of 21-17. At that moment the hosts started to play well and the last point of the set was scored by Atanasijević for the lead of 1-0 (25-20).

Serbia has made a series of points and got the lead which the opponent could not reach until the end of set (25-17). The best plays in this period had Uroš Kovačević and Marko Podraščanin who took last three points.

Third set has given a big boost to the away squad and they just continued with the same style. Russia has easily won the fourth set… It was time for a tie-break.

In a tough battle, Serbia eventually won the match. The key point was won by Dušan Petković, who served an ace for 13-11. Russia had the chance to equalize, but Zemchenok spiked the ball outside the court – 15-13.

WL: Brazil is in big trouble

don’t be excited too much. Russia with reserve players… same with Poland in this round.