RUS M: Gazprom-Yugra – “We asked Grebennikov if he needs help, he said no”

The official website of the Russian club Gazprom-Yugra Surgut reacted to the interview given by its former coach Boris Grebennikov to championat.com and published response. 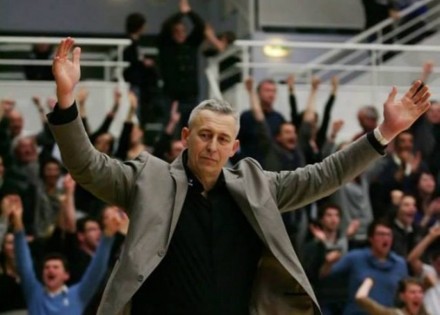 In particular, the coach described the reasons for early termination of the contract with the club. Grebennikov said that the club’s management, along with the manager Rafael Khabibulin, interfered in his work and chased him away.

“Boris Grebennikov was given carte blanche to lead the team. The club’s management did not interfere with the work of the coaching staff, down to the last game in Nizhnevartovsk, when the situation came close to critical. Can we consider the intervention, when after losing in Kazan, on January 7, we asked Grebennikov if everything is allright with the team and if he needs any help? Boris replied that everything is under control and the help is not needed. After that the team lost six games out of seven,” Gazprom-Yugra wrote.

“There are still two more rounds until the end of the regular season, which may result that Gazprom-Yugra falls to seventh-eighth place. By itself, such the result isn’t, of course, a reason for the dismissal of the coach. The reason was the negative trend in the second half of the season. In general, Boris Grebennikov completely removed his responsibility. He pointed out that after the New Year the team lacked ‘freshness and emotion’. He proposed the high-level specialists in physical training, but he rejected his candidacy, saying that he won’t be able to cope with him. Thus, the full responsibility for the physical form of the squad is solely on Grebennikov,” it was added on the official website of Gazprom-Yugra.

RUS W: Libero of Krasnodar out of...